​
Irish Memory Orchestra
​
​"Composer Dave Flynn has assembled a formidable collective of musicians, composing critically acclaimed music especially for them. . they are steadily garnering a reputation for melding traditional and classical music with a twist'  - The Irish Times

"I've never seen musicians work so brilliantly together and with such intensity. If you ever get a chance to see them together pay any price you can afford!"   - Fergus Finlay, Irish Examiner 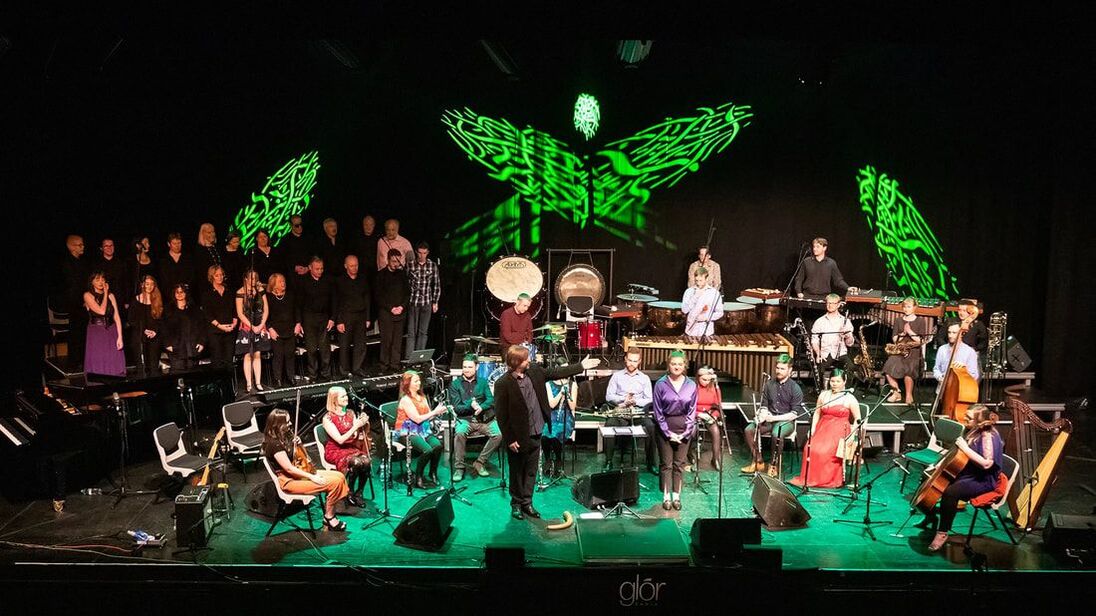 The only ensemble of its kind in the world, the IMO has wowed audiences from London to Moscow, Clare to Korea with its ground-breaking and inclusive approach to orchestral music. Since founding in 2012 the IMO has broken down barriers by removing sheet music from the stage, thus opening access to musicians and instruments not usually found in orchestral music. The IMO's 100% commitment to memorised performances sets them apart from every orchestra in the Western world. The IMO has a core of 20 world-class musicians, led by founder/composer Dave Flynn, conductor Bjorn Bantock and violinist Niamh Varian-Barry. Read More.